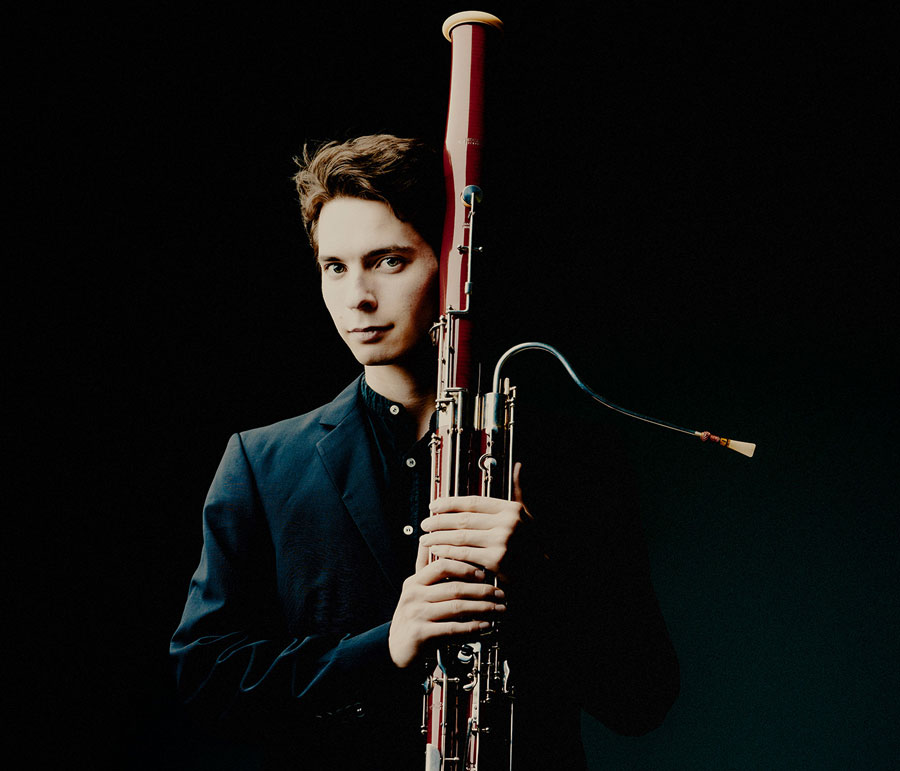 In 2019 Theo was appointed principal of the Frankfurt Radio Symphony Orchestra and won 3rd Prize at the ARD Competition in Munich.

As a soloist Theo has appeared with the Munich Chamber, Dortmunder Philharmoniker, the Staatsphilharmonie Rheinland-Pfalz and Beethoven Orchester Bonn. In 2019 he recorded a solo CD with the German Radio Philharmonic Orchestra, due for release on the Genuin classics label in 2020.

Recent highlights include recitals at the Elbphilharmonie in Hamburg, Tonhalle Düsseldorf, Beethoven-Haus in Bonn, Prinzregententheater in Munich and the Heidelberger-Frühling Festival. An avid chamber musician he has taken part in the Schleswig-Holstein, Festspiele Mecklenburg-Vorpommern, Molyvos, Davos and ‘Spannungen’ Heimbach Festivals, collaborating with Lars Vogt, Christian Tetzlaff, Antje Weithaas, Vilde Frang, among many others.

This season Theo appears as soloist with the Neue Lausitzer Philharmonie, records with pianist Aris Blettenberg and gives recitals across Germany. He is a member of the prize-winning Monet Wind Quintet, whose first CD in collaboration with Sudwest Rundfunk will be released by AVI later this year.

In 2018 Theo was appointed principal of the German Radio Philharmonic Orchestra. He has appeared as guest principal with leading orchestras including the Deutsche Kammerphilharmonie Bremen, the WDR Sinfonieorchester and the Hessiche Rundfunk.

Born in Koblenz, Theo is completing his Masters at the Hochschule fur Musik Munchen with Professor Dag Jensen. In 2018 he won a prestigious Deutsche Musikwettbewerb prize and in 2019 was selected for representation by Young Classical Artists Trust (YCAT).

During his studies Theo has participated in masterclasses with Klaus Thunemann and Sergio Azzolini, and been the recipient of numerous scholarships including the Deutsche Stiftung Musikleben and Mozart Gesellschaft Dortmund awards. Since 2016 he has taken part in the Rhapsody in School project, founded by Lars Vogt, bringing classical music to children throughout Germany.